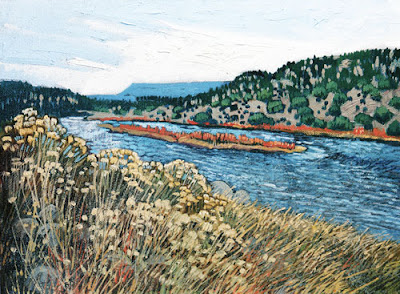 One of my all-time favorite books is QUERENCIA by Stephen Bodio -- The word doesn't translate.  It is used  in Spanish to designate that mysterious little area in the bullring that catches the fancy of the fighting bull when he charges in.  He imagines it his sanctuary: when parked there, he supposes he cannot be hurt. . . So it is, borrowing the term, that one can speak of one's "querencia" to mean
that little, unspecified area in life where one feels, safe, serene.  William F. Buckley, RACING THROUGH  PARADISE

My first sight after crossing the border into New Mexico in 1967 was that long, straight stretch of highway out of Tucumcari. Off in the distance and moving toward the car was a huge black storm cloud with a column of midnight blue rain pouring from it. Later I learned that the Native Americans call this phenomena "Walking Rain". I was a big city girl with three babies, six month twin girls and a two year old son, on a mattress in the back seat of the car and I was heading to the rest of my life on this alien planet called New Mexico.

Forty-six years later, I believe that the quality of my life and my work are inextricably bound to the  spirit of this place and its people. My visits to Mexico and Guatemala elicit the same excitement and curiosity.  It has always been my intention that the paintings exude the same wonderful mixture of the past and the present through color and texture.

Gratefully I have found that "unspecified area in life" where I feel safe and serene - peace. Those accidental twists and turns have brought significant changes in my life.  It is so easy to resist that "Senda Desconocido" (The Path Unknown); with just a little courage one can head the pick-up truck down another unfamiliar dirt road.

Posted by Donna Clair at 3:50 PM No comments: 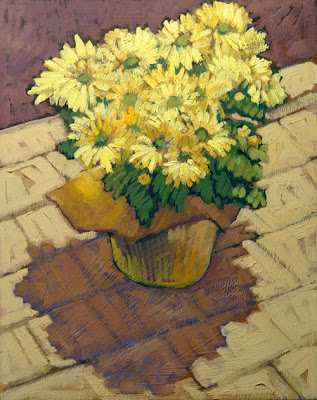 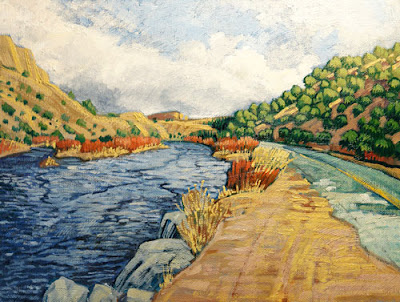 Posted by Donna Clair at 9:11 PM No comments: 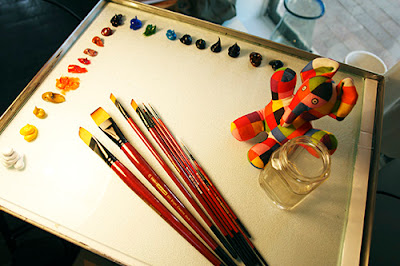 Posted by Donna Clair at 9:09 PM No comments:

Anyone seen "SEARCHING FOR SUGARMAN"? The story of Sixto Rodriguez who was more famous in South Africa than Elvis - totally unknown in America. Fantastic story - amazing music. His CDs are available on Amazon. Going there right now to buy mine! If you love good lyrics, great guitar.....Wow!!!  Inspiring!  Click here to find his music.
Posted by Donna Clair at 9:45 PM No comments: 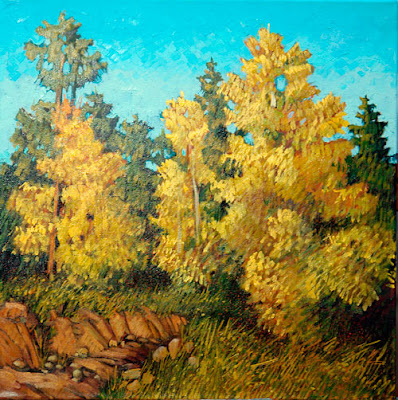 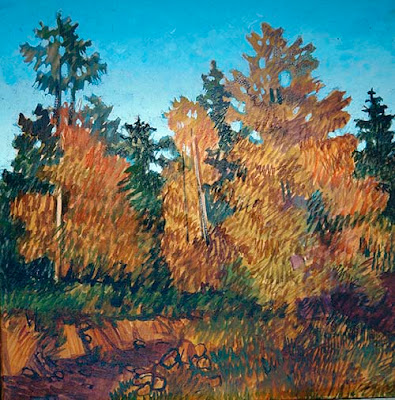 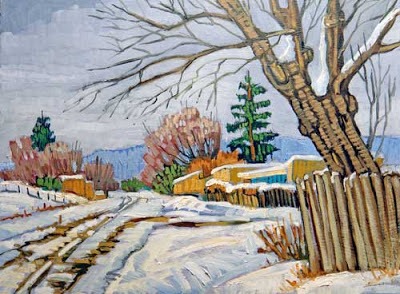 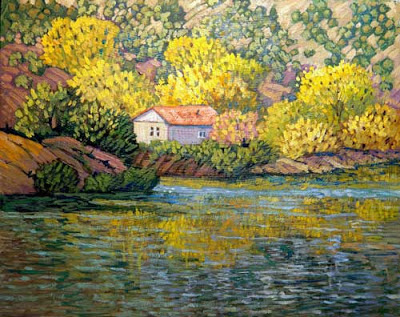